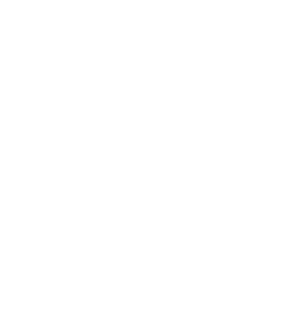 The modifications started sooner than expected! Once I hit 13 weeks, a lot of things started to change! That week, I started noticing lower abdominal discomfort with running (sometimes even walking) and coning/bulging of my abdominals with certain movements that involved my core like toes to bar and even the end of the rowing position. Here’s a little glimpse into some of my modifications and my experience with this trimester…

Running
On one weekend, right at 13 weeks, our gym programmed the hero WOD, Eva [5 rounds of 800m run, 30 pull ups, 30 53# kettlebell swings]. That’s when I first started noticing symptoms. On the 4th 800m run, I started to feel lower abdominal discomfort/tightness. Me, not being the greatest runner ever, just thought I was feeling my normal aches and pains. So I was able to finish the WOD without issue, but afterward the discomfort never went away. After researching and talking to my doctor and women with previous pregnancy experience, I came to find out that it was my “round ligament” stretching. The round ligament is a cordlike structure in the pelvis that helps support the uterus by connecting the front of the uterus to the groin region. During pregnancy, it’s common for women to experience pain in the location of the round ligament. This pain can be exacerbated by walking, running, and even rolling over in bed. My discomfort lasted pretty much the rest of that night and was a little better by the next morning. Once the discomfort was completely gone, I tried going on another little jog for a warm up, but 50m in, I started to feel that same round ligament discomfort, so I stopped and haven’t ran since. Throughout this trimester, a couple times a week, I’ll still get that round ligament discomfort off and on, even with just walking, and I’ve noticed that it usually intensifies if I’m doing high step ups or lunging.

Rowing, Toes to Bar, Planks
The next couple of days I started to have some “pregnancy symptoms” with rowing, toes to bar, and planks. While rowing, I started to notice that as I leaned back at the end of the row, there was a glimpse of “coning” that started to occur.
​
What exactly is “coning”?
When you’re pregnant, it’s normal for your abs to separate in order to accommodate your growing belly and baby. Coning is what occurs when you see a ridge or bulge popping out down the midline of your belly. This typically occurs when doing an exercise incorrectly or an exercise that puts too much stress on the abdominals and should be avoided.

I finished the row using mainly legs and eliminating the backward lean at the end. Next, I tried out some toes to bar to warm up for another workout and after attempting one rep and seeing the glimpse of coning again, I decided not to do them. I did 30# slam balls instead. I’ve also noticed that if I’m not holding perfect plank form, the “coning” would occur with planks too, especially as I get more fatigued! I started this trimester out with planking on my elbows, but now have transitioned to planking on my hands because I feel like it’s easier to control for the coning when on my hands.

Weight Belts
I also stopped wearing a belt at the beginning of this trimester for no reason in particular other than personal preference. To be honest, I’ve actually liked taking a break from wearing a belt. Not that I’ve ever been reliant on it in the past, but it’s really forced me to focus on technique. I usually only wear belts when I’m maxing out a lift and since I haven’t been maxing out, it’s been good to practice going heavy without it. Another “pregnancy symptom” that I started to notice at about 20 weeks, somewhat related to not wearing a belt, was some mid back pain when doing heavy overhead lifts. We’ve all probably noticed some lower back arching/extending as we lift overhead, especially as weights get heavier and heavier. But now that I’ve got a little more weight in my belly and because I’m not wearing a weight belt, my back has started to arch more which is what was leading to the back discomfort. So over the following weeks, I’ve been really implementing that “ribs down” cue to minimize any arching or overextending of my lower back and it’s helped a lot! My mid back discomfort hasn’t bothered me anymore since. At this time, I’m not purposely scaling back any weight on the barbell or with any of my lifts because of the pregnancy, I’m just listening to my body and going for whatever feels good

Handstand push ups
A controversial topic that I want to mention is going upside down when pregnant. I’ve heard people say you can flip the baby and it’s dangerous and you shouldn’t do it. I asked my doctor her opinion and I brought up the “flipping of the baby” and she said it was very unlikely.  She said that the baby will probably change positions multiple times before delivery so not to worry about it. The only thing she did have to say was to be mindful of things that could make me lose balance or fall. I know a lot of pregnant women that still handstand walked and did handstand push ups when pregnant and everything was fine with their pregnancy and delivery. I’ve been continuing to do handstand push ups, but I will say they’ve gotten significantly harder. I’m usually pretty efficient with them, but now they take a lot more effort. Same thing with ring dips. I’ve never been good at ring dips, but they’re now SIGNIFICANTLY harder for me. I’m hoping that if I keep doing them as I get heavier and heavier, no matter how difficult, that it’ll pay off in the long run and I’ll be better at them after pregnancy. It’s almost like training in a weight vest!

Competitions
​At 18 weeks, I competed on a 4 person team in a competition at my home gym. The competition was supposed to take place earlier this year, but due to COVID, it was postponed by a couple months. The competition announced the first 3 workouts ahead of time and if you placed top 8 after those workouts, then they announced another hidden workout. Knowing that I could do everything in the first 3 workouts, even with following my new modifications, I decided to still compete. My team ended up doing really well after the first 3 workouts and actually finished top 5! But when they announced the hidden workout, it ended up being synchronized chest to bar pull ups and synchronized bar muscle ups….movements that I had already stopped doing.
​
This was really hard mentally. It was hard because I knew that if the competition was when it was supposed to be, it would have been before my modifications began and I could have done all of those movements. Also, those are some of my favorite Crossfit movements and I really wanted to do them! Lastly, knowing my team was counting on me, I didn’t want to let them down!

Thankfully, I had the best team ever and they were ok with forfeiting since I chose not to risk putting my body through those riskier movements just for a quick little workout, even if it meant getting eliminated. They were the best!

Mindset
My mentality has definitely gotten stronger over the course of this pregnancy. I’m not going to lie, I was a little disappointed throughout the first week of this trimester because of all of the modifications that I felt obligated to make so early on (in my opinion it was early). I’ve talked to a couple of other women (that I’m so thankful to have in my corner) and of course everyone’s experience is different and they all make modifications at different points in time. I know that it’s not the end of the world to see coning and I know women that have done sit ups and have rowed well into the 3rd trimester. I personally don’t feel comfortable doing some of those movements and want to do everything I can to ensure a fast recovery, so I choose not to do them.

Body image has been another challenge. Throughout the first trimester and first half of this second trimester, I’ve just felt bloated, not pregnant. In my opinion, I haven’t really looked or felt like I’m pregnant other than the fact that I’ve gained some weight. I don’t have a belly and actually didn’t start to develop a little baby bump until 22 weeks. So up until the point when I started showing, the body image I had of myself wasn’t great. Some days were better than others, but when you’re used to looking a certain way and doing certain things in the gym and then all of a sudden can’t…it’s mentally tough!
​
It’s hard knowing that you can physically do an exercise/activity, like in my competition, but knowing that you shouldn’t. I’m competitive and love to hit that “RX” button and love to win, but 90% of the time, I have to scale or modify at least one thing in each workout. My mentality has definitely improved as the pregnancy has progressed and I’ve now gotten used to scaling/making modifications. What’s made it even better/more real is finding out the gender! We had our gender reveal at about 19-20 weeks and found out we are having a little girl! I really wanted a little girl so we’re super stoked and I’ve already started planning her cute little nursery (:

Bottom Line:
Everyone’s pregnancy is so different. Your belly size, the amount of weight you gain, when you feel your baby kick, the modifications you have to make…they’re all different! Don’t get hung up on comparing your experience with anyone else’s, you’ll drive yourself crazy!
To make pregnancy experiences easier and less challenging on any other pregnant women that are looking for scaling options/modifications, I’ve created a little cheat sheet that I have been using throughout this trimester that has allowed me to still get the desired stimulus of the workout while working similar muscles as the prescribed movement! Hope it helps!
​

Thanks for reading!
-Dr. Aerial